In the latest series of My Kitchen Rules (MKR) the contestants’ scores have suffered because of the ovens. The first contestants that began getting stressed was the Greek couple, Steve and Helen, there was just not enough heat in the oven. They stated that they had  just had a new oven installed the night before. Unfortunately lack of experience is what had shot their stress levels up.

The incident was slightly embarrassing for Steve who is an electrician and might have known better. Their wall oven, which looked like a Smeg, has numerous functions and apparently the couple had set it to the wrong function.

Many of the higher end ovens have 4 to 8 different options and I would say that they had only one low wattage element on instead of 2 elements or a fan element. Studying the manual would have revealed these options to them.

Always check the oven is on the correct setting before placing a service call.

The second couple to fall victim to the low temperature oven was the Kiwi’s, Simon and Meg, I did feel sorry for them. Did I just say that? We do want the Aussies to win don’t we?

It would appear that one of the elements had blown and because the were cooking pavlova they were unable to use a fan forced setting on the oven. If they had been cooking anything else they probably could have used one of the other functions on the oven.

A blown element is one of the most common faults and the most likely causes for an oven not to heat.

Since Kleenmaid went into bankruptcy people feared that you could not get spare parts or service.

In fact there are several companies that have taken over various segments of the original company. You can now buy new Kleenmaid appliances and the genuine spare parts to keep your older machine going.

The only segment of the original company that was not taken over is the warranty. Therefore all original warranties and extended warranties were voided when the company went under.

Call us on 55005744 to repair your Kleenmaid Appliance

Spare parts and service to Kevinator appliances on the Northern Gold Coast. Visit our contact us page for more info. 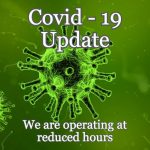 In the interest of public health we have made the decision to run at reduced hours during the month of July 2020. This process will minimise the households we attend and therefore will reduce the risk of cross contamination in the community.

Please advise us if you have been experiencing flu like symptoms or suspect you may have the corona virus as the staff cannot risk spreading the virus throughout the community.

If we experience supply problems with your spare part we will contact you.

Thank you for your support and understanding.

We wish you and your family much health and safety during these challenging times.

Call Us for Help

Or visit our contact us page for more information